Now then now then.

Since last time, Vaporous Light have released their second single,  Charming News / Lansdowne House. You can get for a mere pound (A POUND!) from their Bandcamp page which you can get to by clicking on that link up there ^. I've done the sleeve for this using a detail from the same artwork as the sleeve for The Eyes Of A Fool (and, incidentally, the CD for the album, but more on that in a second). Anyway, it's out on Akoustik Anarkhy as ever and it looks like this. 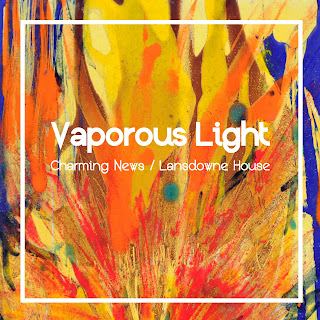 OK, so, the main news is this. I've also done the sleeve design for the eponymous album. Oh yeah. The band already had the artwork ready, it's by the same artist (Anna Garton) as the singles, so I had the job of putting it all together. It was a lot of hard work but I reckon it's paid off and I hope you'll agree. The band were a great help with plenty of input and we've just had it back from the printer! Hooray. Here it is. 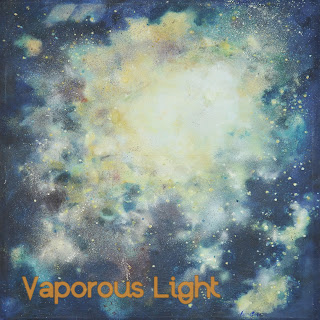 Aaaaand here's a picture of it on Lego's turntable.

Ace in yer face. I'll take some more pics soon enough, it's a beautiful gatefold digipack CD that needs showing off. More importantly, I've just listened to it and it's a great album. Not sure when it comes out yet but as soon as I find out I'll update here.

In the meantime I've uploaded another couple of tracks to Soundcloud. First off is a new one. If you like the sound of drums and the moon, this is for you.


A College Noted For Knowledge by Autoflag

I've also re-uploaded an older track, Frankenstein's Monster Destroys Wigan Pier. This had looooads of plays, but for some reason it sounded like one second of glitch, so obviously it had been people playing it and then playing it again coz it didn't work. Anyway, it's best listened to immediately after Frankenstein Creates His Monster. Like this, yeah:


Frankenstein Creates His Monster by Autoflag

I'm off to This City Is Ours' second birthday party tonight at Centro dressed as a ghost (Hallowe'en innit) so see you there. After that I need to crack on with making some kites for the From The Kites Of San Quentin EP launch next month. You'd better be at that one, it's going to blow your tiny minds.

Email ThisBlogThis!Share to TwitterShare to FacebookShare to Pinterest
Labels: Akoustik Anarkhy, Autoflag, From The Kites Of San Quentin, This City Is Ours, Vaporous Light
Newer Posts Older Posts Home
Subscribe to: Posts (Atom)
Not actually a pheasant that is dead.