How to make a kite

Last time I mentioned (albeit briefly) that I was making some kites for the launch of From The Kites Of San Quentin's debut EP Mitochondria (which is out now as a pay-what-you-like download from their very own This City Is Ours Records). I sold one on the night and Kites are yet to decide which one they want but I still have two left as well, so if you want one drop me an email at andyandyandy_vine@hotmail.com. To say I was expecting not to sell any I consider that quite a result! Credit where it's due, I mostly used the directions on the website on the other end of this link, but some of their instructions were a bit ambiguous. So without further ado, here is the definitive guide to making your very own Dead Pheasant Kites kites. 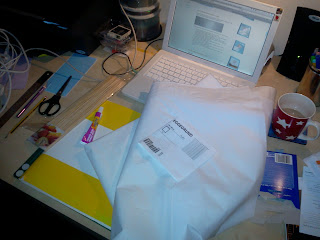 You will need a plain shower curtain from Ikea, a packet of bamboo skewers, a ball of string, some sellotape, some parcel tape, some hazard tape, a permanent marker pen, a pencil, a pair of scissors, some all purpose or wood glue, a craft knife, a ruler and a cutting mat. And a cup of tea, naturally. 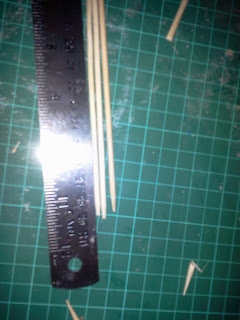 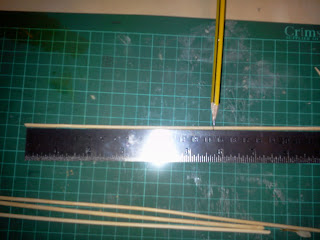 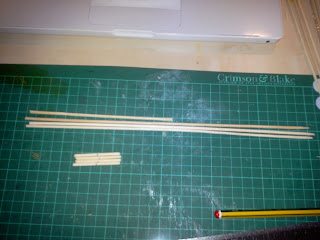 Excuse the slightly crappy photos here, the flash from my phone reflected off the steel ruler and my phone FREAKED OUT. What they are trying to illustrate is that you will need one skewer at 14.5cm, three skewers at 29cm and four at 4.4cm. 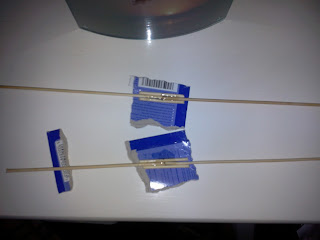 Glue the skewers together like so, with the shorter skewers either side of the longer ones for strength. Rip up a bit of a packet of blue tack so you don't get shouted at for getting glue all over the window sill. 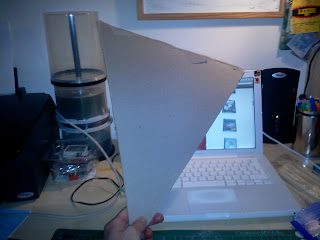 The next bit is quite fiddly so the easiest way to go about it is by making a template first. This should be half the size of your kite's sail, in this case the vertical edge is 43.5 cm, the width is 29cm and the distance from the bottom to the point is 29 cm as well. That wasn't especially well explained, I'd draw a diagram but there's one right here which is great. 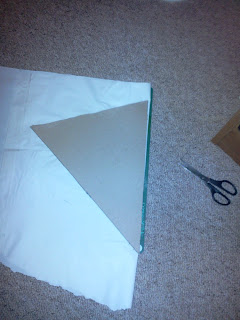 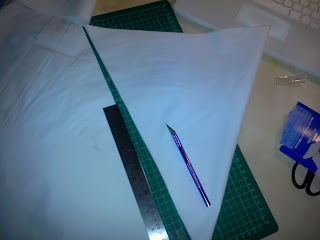 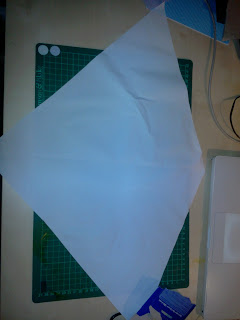 Once you've done that, cut it out with the craft knife and ruler. Looking good. 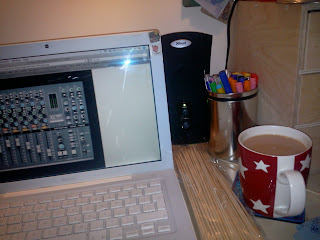 You'll probably need another cup of tea at this point. 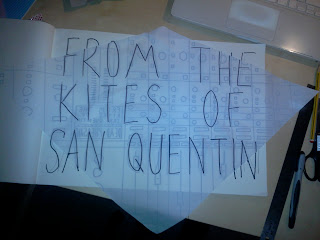 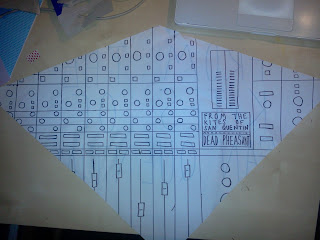 Draw whatever you want on both sides of the kite now with permanent marker. 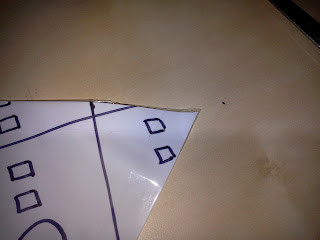 Go all the way around the edge of the kite with sellotape and fold it over to strengthen the edges. 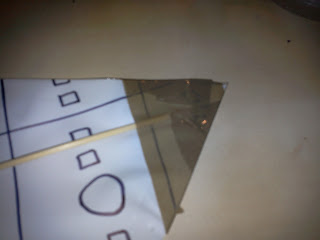 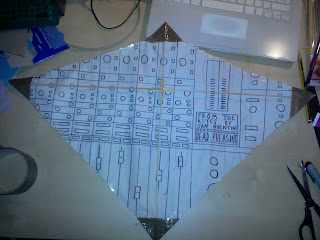 Lay the horizontal spar onto the kites first and attach to the corners of the kite with parcel tape. Lay the vertical spar on top (short end at the top, obviously) and attach in the same way. Then glue the two spars together where they overlap. 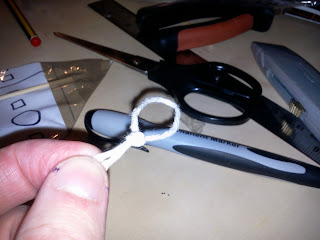 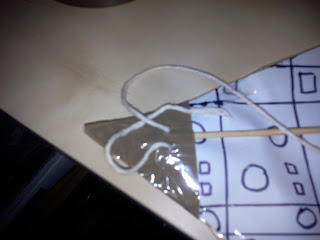 Do the same for the other end of the horizontal spar and tie it off. I used a slip knot for this end. This is now the bridle line. 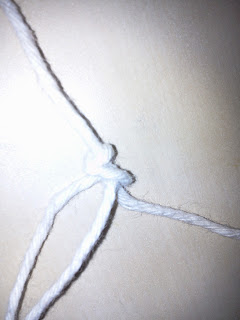 This is probably the fiddliest part. To make the flying line you need a length of string 15cm long. Tie a small loop knot in one end. Then find the middle of the bridle line and tie the flying line with a prusik knot. If you want. It was so fiddly that I did this for the first couple and then sacked it off for a normal granny knot so you know, do what you want. As long as it's in the middle I don't think it matters that much. Then tie some hazard tape to the bottom of the vertical spar for a tail and about 20ft of string to the loop knot on the flying line. You're a winner. Here are the finished articles, all numbered one to four on the back. 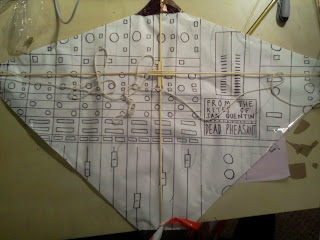 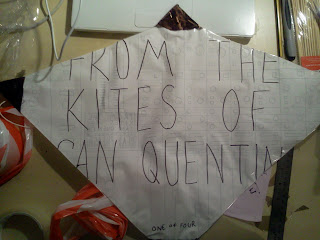 One of four, mixing desk. This one now belongs to one of the guys from Capac, who were supporting on the night. 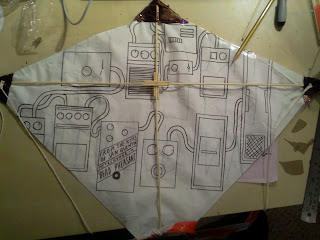 Two of four, pedal board. 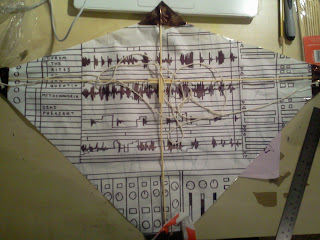 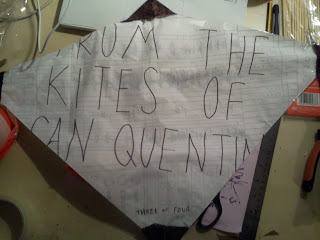 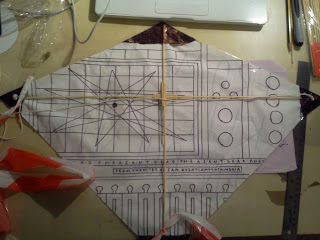 It was an excellent night anyway. I believe there's some video footage knocking about, if I see any online I'll link to it here because the projections they had going on were incredible. Phil mentioned to me that they had some plans for the Sounds From The Other City festival next summer as well so keep your ear to the ground. Go and download the EP and if you want one of these things, let me know.

OH, almost forgot. The Vaporous Light album is out now on Akoustik Anarkhy. Go and get it, it's great.

Email ThisBlogThis!Share to TwitterShare to FacebookShare to Pinterest
Labels: Andy Vine, FOR SALE, From The Kites Of San Quentin, This City Is Ours